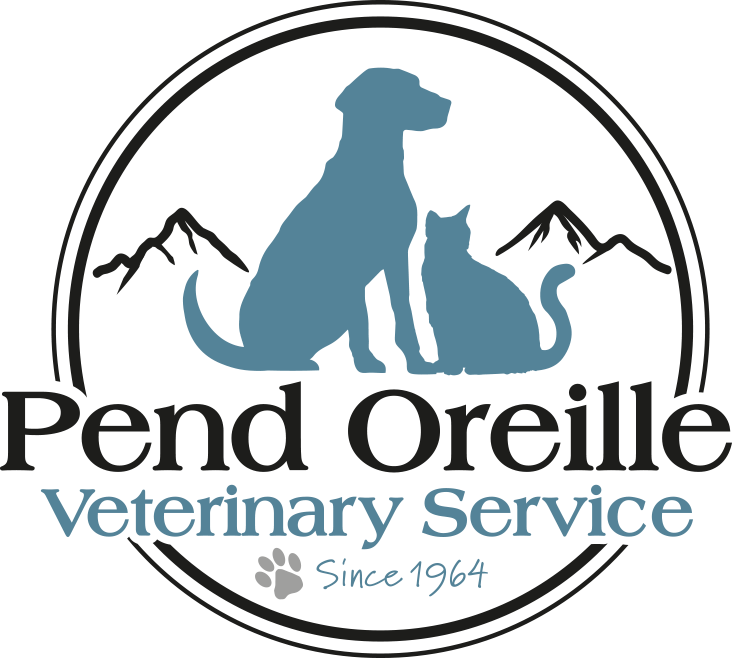 STRANGE BUT TRUE! The tale of the teratoma

There was evidence of a large tumor in her abdominal cavity. Worried about the threat this would pose to Minna’s health, the next step would be to surgically remove this tumor as soon as possible. The next day Dr. Mary Jane Davis was on surgery duty and was the first to find out what was going on in there. After removing this almost 2 pound growth, we discovered that it in fact was an ovarian teratoma! Teratomas are rare tumors (generally benign) that are made up of a variety of tissues including hair, muscle, bone, teeth, among other things. Sounds pretty creepy, I know. It doesn’t help that the etymology of the term teratoma is Greek for “monstrous” and “tumor”. These occur when cells, generally in  the reproductive organs go off the rails a bit and start to develop but are unfertilized so only fragments are produced. We opened up Minna’s tumor and found hair and remnants of teeth (which explained the calcified deposits in the x-ray). Minna was very lucky that her tumor was found because left undiagnosed, it could have continued to grow, causing problems internally and could potentially rupture which could result in death. Also, that lameness she originally came in for was diagnosed as bilateral (both legs) torn anterior cruciate ligaments (ACLs) in her knees which will require our surgical correction.  Thankfully these are fixable ailments and she should be back to herself in no time. Her owner is so thankful for our care and to Dr. Ponsness’ observant eye to notice those strange deposits in that x-ray which turned out to be something some veterinarians never get a chance to see in their lifetime. 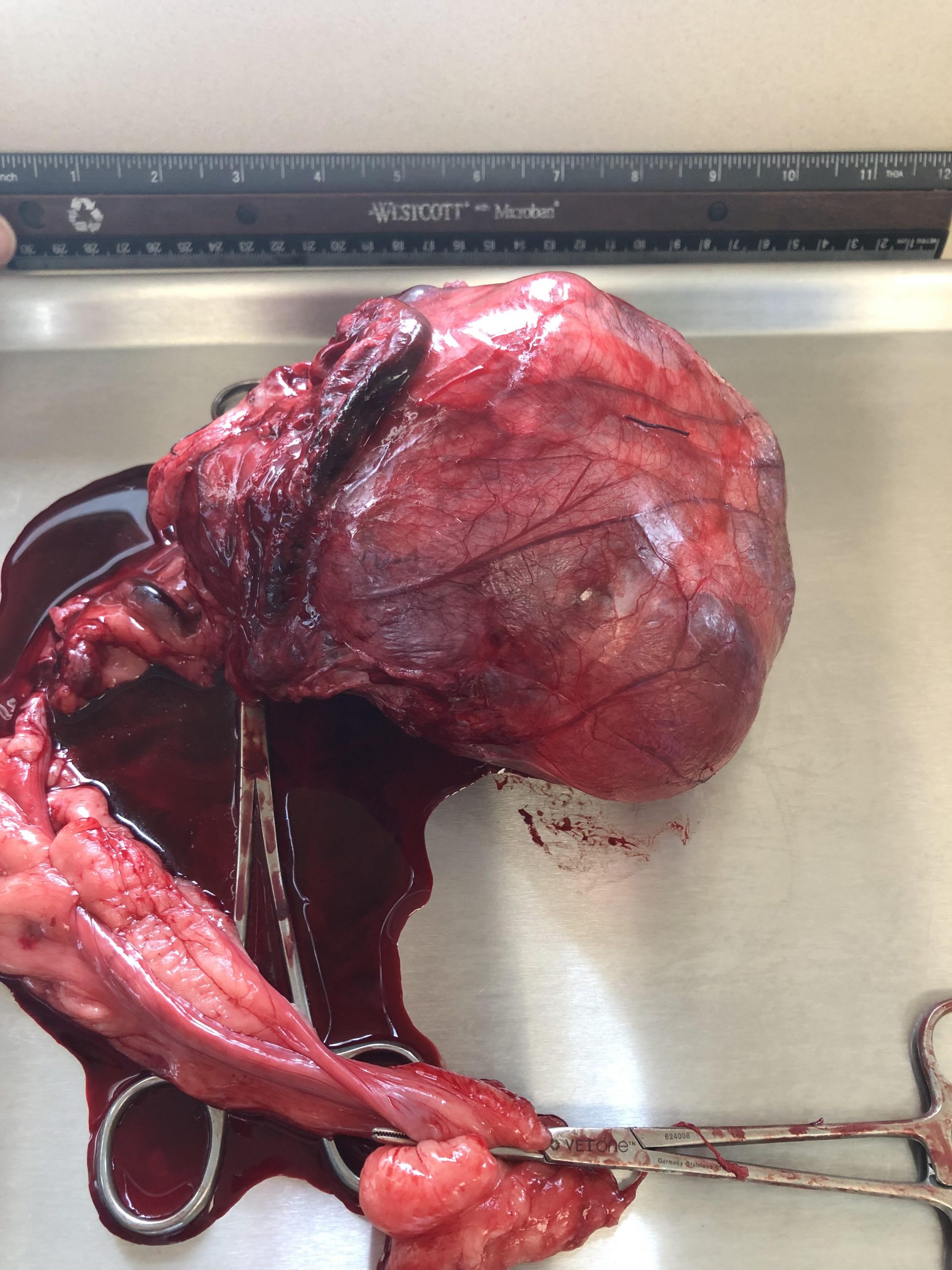 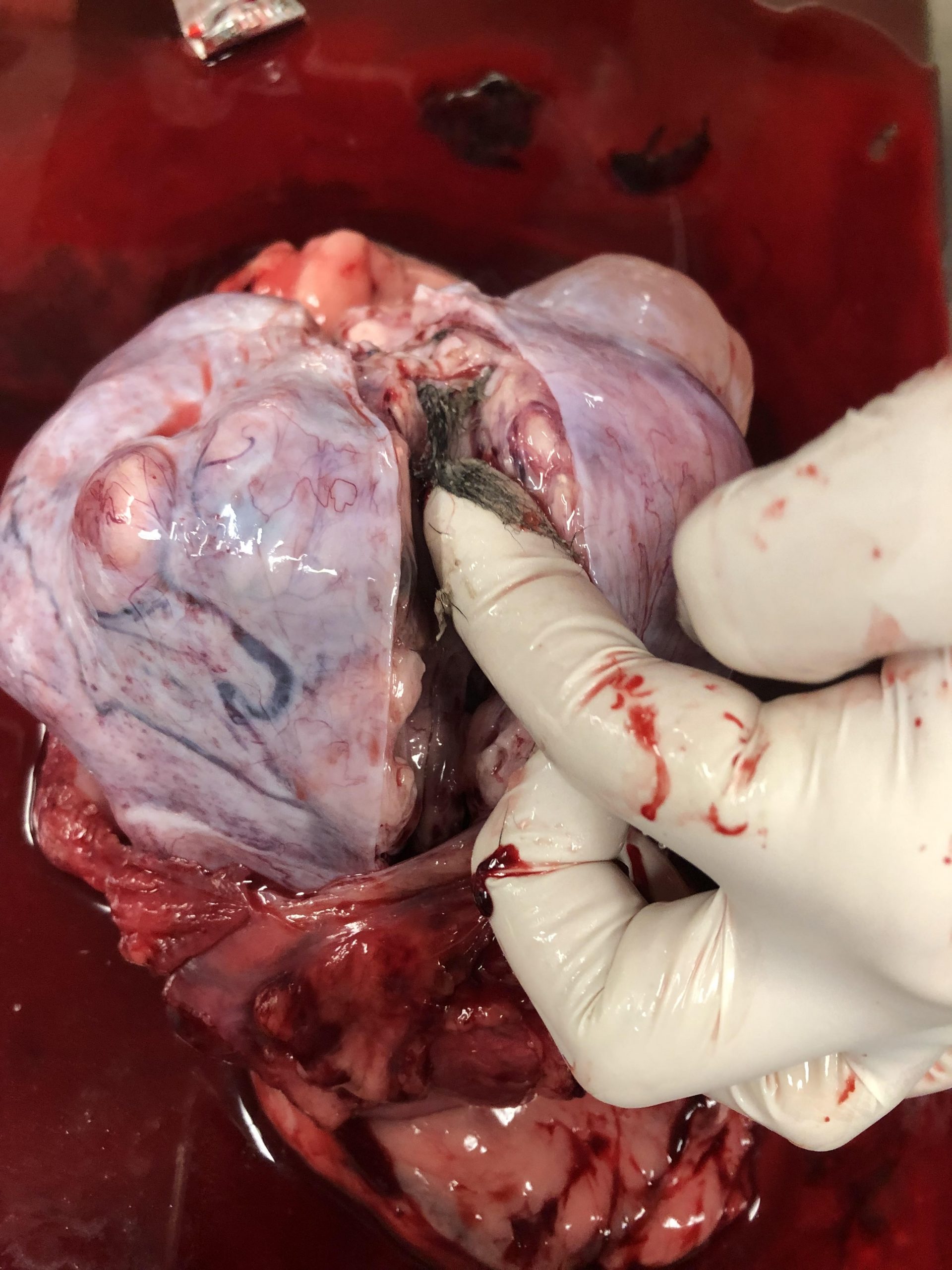